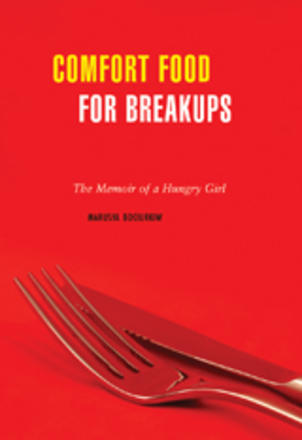 The Memoir of a Hungry Girl

For the author, both at home in Alberta, Ontario, and British Columbia, and in her travels through North America and Europe, food becomes her salvation, and a way to engage with the world. Thoughtful, moving, and passionate, Comfort Food for Breakups muses upon the ways in which food intersects with a nexus of hungers: for intimacy, for sex, for home.

It's a pleasure to read a woman who dives into hunger in order to map its contours and possibilities, who values food for the connections it creates between people, as a visceral bridge to memory.
-Elana Dykewomon, Women's Review of Books

Throughout Comfort Food for Breakups, Marusya Bociurkiw writes as affectionately about food as the people she shares it with.
-The Martlet (Victoria, BC)

With language as rich as the food she describes, Bociurkiw shows us that there is much to be hungry for in what we have and what we don't.
-Herizons

The beauty of Bociurkiw's book is in the care she shows herself. She believes in the power of food to nurture and restore, and writes lovingly about the dishes of her childhood and of her parents' youth, of the rituals she creates around food, of the memories certain foods evoke. Most importantly, she tacitly espouses a belief in satisfying hunger, not denying it, which translates into the kind of profound self-acceptance and self-love that every woman should know. -Women's Post

A poignant mix of food literature and memoir. ... Each chapter offers the opportunity to create fresh rituals with food and the people in our lives.
-Shameless

In this memoir, which is also a cookbook, Marusya Bociurkiw covers some well-traveled territory in lesbian literature, yet her lovely prose style elevates the mundane.
-Gay & Lesbian Review

Comfort Food for Breakups is hungry with life, leavened with longing, love and memory, then garnished with queer. ... Feast on this deeply.
-Heather Menzies, author of No Time: Stress and the Crisis of Modern Life

Marusya Bociurkiw's Comfort Food for Breakups reveals the connections between food, memory, and life. ... Particularly poignant are her intricate memories of loves lost and found. The foods she ate--everything from perogies to tortes to simple pastas--give meaning and structure to painful, disorienting events and memories, such as her father's detainment in a concentration camp during the Second World War. ... Upon finishing the book, a calm satisfaction prevails with the knowledge that you've consumed something that's both good and good for you.
-Quill & Quire

Comfort Food for Breakups is as bittersweet and delicious as really good dark chocolate. ... [Bociurkiw's] sure sense of self and acute eye for detail keep her grounded. Her hungers are her own, and here they're most beautifully expressed.
-Georgia Straight

Author Marusya Bociurkiw takes readers on a journey through her life [centred on] the tastes of foods she has savoured throughout the years. ... The book is worth reading and the recipes worth trying.
-SceneandHeard. ca

Bociurkiw's book shares the spirit of those published recently by Julia Powell and Amander Hesser, where the culinary content is absolutely integral, but the personality of the author commands the center. ... She adds a lovely, queer voice to the bounty of food memoirs being published. Recommended. -GLBT Round Table Newsletter (American Library Association)

Comfort Food for Breakups is a celebration of the sometimes painful, sometimes passionate interconnections between food and memories. .... [The book] is a satisfying collection of culinary reminiscences spiced with tempting recipes.
-Foreword Magazine

[The book contains] much about the richness of an ethnic family filled with great tradition and cooking. Recommended.
-Library Journal

Marusya Bociurkiw scatters literal recipes among her recollections of travel, growing up and lesbian haunts around the world. For her family, with its roots in the Ukraine, food was a sort of glue, and food becomes for Bocirukiw a way to bind memory, love, experience, and her connection to the world.
-Echo (Phoenix, AZ)

A wonderful read for the hungry girl in all of us.
-Curve (Editor's Pick)

Bociurkiw writes lovingly and acutely about the countless nuances of food. ... Throughout, her appreciation of food and the rituals that have grown around it are as evident as her hunger for the 'rare combination of family, lover and friends' that she's spent her life looking for.
-Xtra! and Xtra! West

The vignettes which comprise the book are all brisk and engaging; her life is as interesting as her writing.
-EDGE Boston

Comfort Food for Breakups is a sumptuous collection of memories stunning and searing, complicated and comforting. The spectrum of broken hearts will find solace within these fierce pages.
-Shuna Fish Lydon, food blogger, eggbeater. typepad. com

A collection of tender stories and memories, sometimes funny and other times elegiac, and largely about the place food has in her life.
-Montreal Gazette

Marusya Bociurkiw's lush memoir revolves around good food: shopping for it, preparing it, and consuming it. ... She uses food to relate to her world and to how she sees the world. Her vignettes are savory, sweet, and bittersweet, much like the recipes she includes. ... Bociurkiw's thoughtful book engenders the reader to reflect on his/her own relationship to food, be it pivotal or casual, and in our fast-food world, to slow down and savor each bite.
-Philadelphia Gay News

From the joy of gorging on her Ukrainian grandmother's pierogi to the carthartic qualities of post-heartbreak pie-making, Bociurkiw effectively demonstrates how food serves as history, as memory, as love. ... When she says her lovers never go hungry, you believe her.
-Bust

In Bociurkiw's hunger-propelled memoirs, food, intertwined with the senses, connects her to blood, to her body, to stories and memory. ... Food becomes her language, a form of communication that stands in for what she finds difficult to say. Between immigration, silence and belonging, she hungers to taste something familiar in a strange place. She eats to get back home.
-Feminist Review

In Comfort Food for Breakups, I feel like in one book I've experienced lesbian love and traversed my dead grandmother's kitchen along with much of Europe, Vancouver, and Toronto. ... It's an epic yet familiar read. Marusya Bociurkiw writes with a poised storyteller's voice. She conveys a hyper-awareness about food: food as reward, as punishment, as ritual. ... [Her] writing is full of passion, inspired by a life well lived.
-NOW Magazine 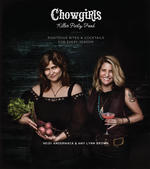 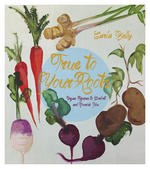 True to Your Roots 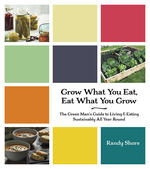 Grow What You Eat, Eat What You Grow 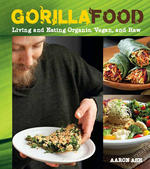 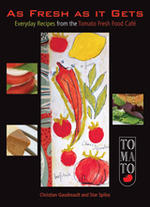 As Fresh As It Gets