Arsenal Pulp Press is pleased to announce that the film option to the novel Lost Boi by Sassafras Lowrey has been sold to director/writer Georden West and producer Russell Sheaffer.

Published in 2014 and a finalist for a Lambda Literary Award, Lost Boi is a beautiful queer punk novel that reimagines the classic story of Peter Pan. Of the book, The Globe and Mail wrote: “Lost Boi is the kind of novel that reminds us exactly why we love literature, how it can push boundaries and break open traditions, all while it amuses and excites both reader and author.”

Georden West is a multimedia artist living in the American Southwest. Georden was a 2021 finalist for the Academy of Motion Picture Arts and Science’s Gold Fellowship for Women and won gold at the 46th annual Student Academy Awards. Georden’s first feature, Playland, was a grantee of the LEF Moving Image Fund in 2021 and the Frameline Completion Fund in 2022.

Russell Sheaffer is a visual artist and producer with a PhD from the Department of Communication and Culture at Indiana University, Bloomington, where he was a John Money Fellow for Scholars of Sexology. As a producer, his work includes Daniel Laabs’s Jules of Light and Dark (which won

Grand Jury Prizes at both NewFest and Outfest), Josephine Decker’s Thou Wast Mild and Lovely (ranked one of the “best films of the century so far” by the The New Yorker), and Georden West’s Playland.

“As a young queer person, Peter Pan was my first exposure to the potentiality of gender variance and queer time,” West says. “The fascination around the slippery nature of embodiment and temporality charted an artistic pathway I still explore today. I am beyond excited for Russell and I to develop Lost Boi for the screen, a book that captures the sexiness and the adventure that is living a life beyond what is prescribed and finding the magic in the quotidian.”

“The reader response to Lost Boi since it first released has been incredible,” says author Lowrey. “I am so excited to hand the story over to a new creative team, who I believe will create a film that will make you fall in love with Lost Boi and all its characters all over again. A film adaptation of the novel has always been a dream of mine, and to see it coming together with filmmakers who intimately understand this story and its characters is a surreal moment for me as an author. I have tremendous faith in Georden’s creative vision for this film, and I cannot wait to see what they create.” 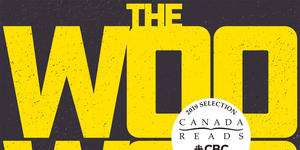