Congratulations to Aaron Chapman (Vancouver after Dark) and Ivan Coyote (Rebent Sinner), who won BC Book Prizes at the virtual gala awards presentation on September 19!

Aaron won the Bill Duthie Booksellers Choice Prize for his book Vancouver after Dark, a nostalgic and high-energy history of Vancouver's storied nightclubs, bars, and lounges. The book spent seven months on the BC bestseller list and is now in its second printing. Aaron won the same award in 2015 for Live at the Commodore, his history of the legendary Commodore Ballroom in Vancouver. The Bill Duthie Booksellers Choice Prize, awarded to "the author and publisher of the book that is the most successful in terms of public appeal, initiative, design, production and content," is voted on by BC's booksellers.

Ivan won the inaugural Jim Deva Prize for Writing That Provokes, an award established in memory of the late co-proprietor of Little Sister's Books & Art in Vancouver, and a stalwart member and defender of the LGBTQ+ community. The prize is awarded to "the author and/or illustrator of an original work of published writing that challenges or provokes the ideas and forces that shape what writing, art, and/or society can become." Ivan's book Rebent Sinner was their eleventh book published by Arsenal and the first ever to be shortlisted for a BC Book Prize; it was also a finalist for this year's Hubert Evans Non-Fiction Prize.

You can read more about the 2020 winners here.

You can also watch the virtual gala in its entirety here:

Congratulations to all of this year's winners and finalists! 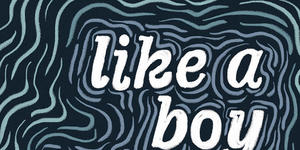