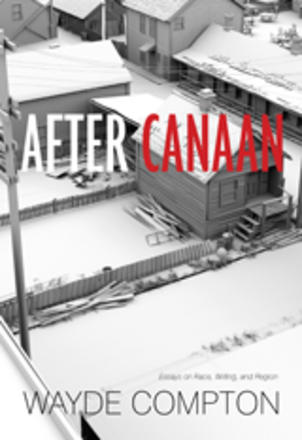 Essays on Race, Writing, and Region

After Canaan, the first nonfiction book by acclaimed Vancouver poet Wayde Compton, repositions the North American discussion of race in the wake of the tumultuous
twentieth century. It riffs on the concept of Canada as a promised land (or "Canaan") encoded in African American myth and song since the days of slavery. These varied essays, steeped in a kind of history rarely written about, explore the language of racial misrecognition (a. k.a. "passing"), the subjectivity of black writers
in the unblack Pacific northwest, the failure of urban renewal, black and Asian comedy as a counterweight to official multiculturalism, the poetics of hip hop turntablism, and the impact of the Obama phenomenon on the way we speak about race itself. Compton marks the passing of old modes of antiracism and multiculturalism, and points toward what may or may not be a "post-racial" future, but will without doubt be a brave new world of cultural perception.

Written with the same poetic perceptiveness as
cultural theorists Rinaldo Walcott and Dionne Brand, After Canaan is a brilliant and thoughtful collection of essays that ought to be required reading for all.

An excellent and essential document that asks us to consider many open questions about race and writing in British Columbia and beyond.
-PRISM international

Wayde Compton is among the most brilliant and accomplished black Canadian writers of his generation, and the release of his first collection of essays is great cause for celebration. After Canaan explores with equal passion and acuity the archives of history and the live acts of contemporary culture. It links a unique landscape of black presence to the most urgent global debates on the politics of race and space. These are exemplary essays: culturally rooted, intellectually borderless, and brimming with soulful style.
-David Chariandy, author of Soucouyant

After Canaan is an important work, and possibly even essential reading, as Compton delves into territory that for so long has been pushed aside, ignored and deliberately overrun. Wayde Compton writes some damned intelligent and thoughtful explorations on the conflux of various points along historical and cultural lines. If you haven't paid attention to his work so far, this is where you need to begin.
-rob mclennan's blog

In After Canaan, Compton brings to the essay form all his gifts as a poet, an archivist, an activist, and an intellectual. The result is a beautiful and intelligent collection of essays-a major contribution to black cultural studies in Canada.
-BC Studies

The overriding themes in Wayde Compton's poetry, performance art, and writing are hybridity and border crossing. In the Introduction to After Canaan, he says that "looking to the margins rather than the centres has a unique value" because on the periphery "where there are fewer local expectations of what 'the black experience' ought to be, radical experiments of identity can be tried" and "new systems of thought against racism might be expected to emerge. " These essays are, first and foremost, essays of ideas rather than style, and Compton's ideas are always fresh and often downright exhilarating.

After Canaan offers an alternative epistemology for thinking about race in Canada . .. [It] engages critically and materially with race in a way that hasn't been done before, courageously critiquing Canada's refusal to account for or legitimize the experience of racial ambiguity.

In After Canaan, Compton argues--in lucid, compelling prose--for a vigilant racial complexity. In these pages, nothing is as it appears--and the myth of a fixed and essential racial self is shattered forever. Compton pushes us to look beneath the surface--past those comforting tales of nationhood and racial solidarity--to the more nebulous and ever-shifting truth. This is a brilliant and original
work that should be mandatory reading for any student of race and history.

A refreshing remix of scholarly and poetic investigations into the various national myths that have dubbed Canada a "post-racial" nation . .. After Canaan arrives at a timely moment in history, offering new writings that re-imagine Canada's interracial milieu. 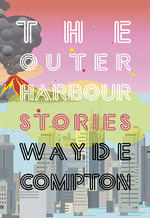 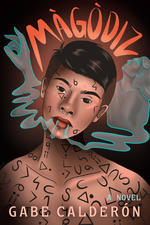