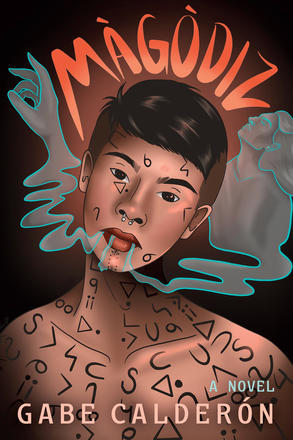 Magodiz (Anishinabe language): a person who refuses allegiance to, resists, or rises in arms against the government or ruler of their country.

Everything that was green and good is gone, scorched away by a war that no one living remembers. The small surviving human population scavenges to get by; they cannot read or write and lack the tools or knowledge to rebuild. The only ones with any power are the mindless Enforcers, controlled by the Madjideye, a faceless, formless spiritual entity that has infiltrated the world to subjugate the human population.

A'tugwewinu is the last survivor of the Andwanikadjigan. On the run from the Madjideye with her lover, Bel, a descendant of the Warrior Nation, they seek to share what the world has forgotten: stories. In Pasakamate, both Shkitagen, the firekeeper of his generation, and his life's heart, Nitawesi, whose hands mend bones and cure sickness, attempt to find a home where they can raise children in peace without fear of slavers or rising waters. In Zhong yang, Riordan wheels around just fine, leading xir gang of misfits in hopes of surviving until until the next meal. However, Elite Enforcer H-09761 (Yun Seo, who was abducted as a child, then tortured and brainwashed into servitude) is determined to arrest Riordan for theft of resources and will stop at nothing to bring xir to the Madjideye. In a ruined world, six people collide, discovering family and foes, navigating friendship and love, and reclaiming the sacredness of the gifts they carry.

With themes of resistance, of ceremony as the conduit between realms, of transcending gender, Magodiz is a powerful and visionary reclamation that Two-Spirit people always have and always will be vital to the cultural and spiritual legacy of their communities. 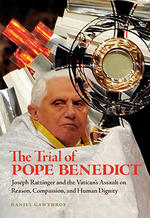 The Trial of Pope Benedict