Scarborough is a 2022 Canada Reads finalist

Scarborough, Catherine Hernandez's acclaimed debut novel set in the Toronto community of the same name, is a finalist for the 2022 edition of CBC's Canada Reads!

Canada Reads is Canada’s annual “Battle of the Books” in which five celebrity defenders champion their favourite books in a competition to decide the winning title that the entire country should be reading.

Defending Scarborough is actor and activist Malia Baker, who at fifteen years old will be the youngest-ever panelist on Canada Reads. Most recognizable for her standout performance as Mary Anne Spier in the Netflix hit series The Baby-Sitter’s Club, an adaptation of the nostalgic and beloved book series, Malia next joins as a lead in Caught in His Web, a Lifetime film executive produced by Whoopi Goldberg. As an activist, Malia has supported causes close to her heart, including Girl Up, She’s the First, the Tears to Hope Society, the Indigenous LIFT Collective, the Native Youth Sexual Health Network, RAINN, the Trevor Project, and the Uniquely You Summit, among others, and she was named one of Seventeen magazine’s Voices of the Year in 2020. We know Malia will champion Scarborough with passion.

Published to wide acclaim in 2017, Scarborough was a finalist for the Trillium Book Award, the City of Toronto Book Award, and the Edmund White Award for Debut Fiction. This vibrant debut novel weaves a multitude of voices and narratives to tell the story of children and their families in Scarborough, Ontario, navigating inadequate systems to access housing, learning, and medical care and finding support in community. Scarborough is now a motion picture, directed by Shasha Nakhai and Rich Williamson and adapted for the screen by Catherine herself. The film debuted at the 2021 Toronto International Film Festival, where it was named runner-up for the People’s Choice Award (won by Kenneth Branagh’s film Belfast).

“From speaking to frontline workers to adapting it into a film, this humble book has taken me on some incredible adventures. Now it has the honour of sharing space among these admirable works,” said author Catherine Hernandez upon hearing the news. “I am forever grateful to powerhouse Malia Baker for championing my book. No matter what happens in this competition, what an excellent opportunity this is for Canadians to discuss the importance of collective community action and access to resources during such challenging times.”

This year’s competition, to be broadcast on CBC television, radio, and online, will take place March 28–31, 2022. Returning to host the 21st season is fan favourite Ali Hassan.

For more information about this year's finalists, click here. 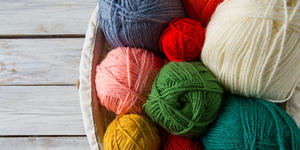 Call for Submissions: New Literary Anthology on the Fibre Arts 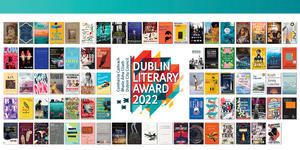