We're thrilled to announce that Carmella Gray-Cosgrove has won the $12,500 BMO Winterset Award for her debut story collection Nowadays and Lonelier. The award, which celebrates the best of Newfoundland and Labrador writing, was presented on March 17 at a ceremony at Government House in St. John’s.

"It was such an honour to be shortlisted for the Winterset Award alongside Aimee Wall, Claire Wilkshire and their exceptional books, and a total shock to the system to see my book win," Carmella says. "So many writers I admire have been up for or won the award: Lisa Moore, Kathleen Winter, Eva Crocker, Megan Coles, the list is long and it is mind boggling to be among those writers. I'm so grateful to the jury, the Sandra Fraser Gwyn Foundation and everyone involved in helping my book along the way. Books don't happen in a vacuum and this one has had support from so many brilliant people. As an emerging writer trying to make a career, and as a parent, recognition means so much - it's not just an affirmation by my peers, but it's also the gift of time for the next project."

The BMO Winterset Award is managed by ArtsNL, but is a partnership made possible through the generous support from BMO Financial Group, the Sandra Fraser Gwyn Foundation, and Carol Bishop Gwyn, widow of the project’s founder, writer Richard Gwyn, O.C. 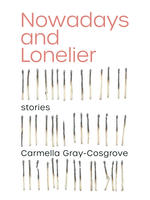 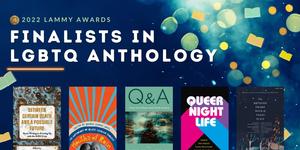 Between Certain Death and a Possible Future and Our Work Is Everywhere: Lambda Literary Award finalists

A Dream of a Woman by Casey Plett: Publishing Triangle Award finalist