Lindsay Wong's The Woo-Woo is a Canada Reads finalist!

We are cheering today for Lindsay Wong, whose memoir The Woo-Woo is a CBC 2019 Canada Reads finalist!

Canada Reads is Canada’s annual “Battle of the Books” in which five celebrities champion their favourite books in a competition to decide the winning title that the entire country will be reading.

Giving props to Lindsay’s book will be the fashion stylist, journalist, and producer Joe Zee. For more than seven years, Joe was the creative director at Elle magazine and he’s now a resident judge on the Slice television show Stitched. He’s been a contributor on Good Morning America, The Oprah Winfrey Show, and Entertainment Tonight, and last year, he executive produced the Netflix documentary series 7 Days Out. We are stoked that Joe will be defending The Woo-Woo’s honour!

Published last fall, The Woo-Woo is a jaw-dropping, darkly comedic memoir about a young woman coming of age in a dysfunctional Asian family who blame their woes on ghosts and demons when they should really be on anti-psychotic meds. It was shortlisted for the Hilary Weston Writers’ Trust Prize for Nonfiction.

This year’s Canada Reads, to be broadcast on national CBC television, radio, and online, will take place March 25–28, 2019. Overseeing the battle will be host Ali Hassan. 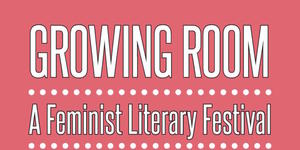