A Memoir of the Haiti Earthquake

On January 12, 2010, novelist Dany Laferriere had just ordered dinner at a Port-au-Prince restaurant with a friend when the earthquake struck. He survived; some 300,000 others did not. The quake caused widespread destruction and left over 1 million homeless; it also revealed flaws in the impoverished nation's infrastructure that will take a generation from which to recover.

This moving and revelatory book is an eyewitness account of the quake and its aftermath. In a series of vignettes, Laferriere reveals the shock, rage, and grief experienced by those around him, the acts of heroism he witnessed, and his own sense of survivor guilt. At one point, his nephew, astonished at still being alive, asks his uncle not to write about "this," "this" being too horrible to give up so easily to those who were not there. But as a writer, Laferriere can't make such a promise. Still, the question is raised: to whom does this disaster belong? Who gets to talk and write about it? In this way, this book is not only the chronicle of a natural disaster; it is also a personal meditation about the responsibility and power of the written word in a manner that echoes certain post-Holocaust books.

The book also includes a foreword by Michaelle Jean, former Governor General of Canada and Special Envoy for Haiti for the United Nations Educational, Scientific, and Cultural Organization.

The World is Moving Around Me highlights the stoicism and resolve of the earthquake's victims and presents considered thoughts on Haiti's past and best way forward.
-The Tyee

Laferriere felt moved by the shock of the quake. We feel moved by his perspective, touching portraits, the grief, the grace and humour of the Haitian people.
-Toronto Star

Laferriere's memoir delivers much more food for thought about the human condition in the wake of a natural disaster than the superficial accounts broadcast by our up-to-the-minute media, with its barrage of statistics and horrific images.
-Montreal Review of Books

Laferriere's moving memoir resists the levelling, numbing flow of disasters that have befallen Haiti since its revolutionary birth in 1804. The work also goes a long way in answering a distressing question its author raises early on: "What is the value of culture in the face of a disaster?"
-Quill and Quire

Laferriere has a lucid plain-style which may remind American readers of the best of Ernest Hemingway, specifically Hemingway's commitment to writing about the actions that produce emotions, rather than about feelings themselves . .. The glimpses Laferriere records of people on the devastated streets of Port-au-Prince accrue to give a deeper substance to the idea of Haitian indomitability.
-Slate. com

The book, a lyrical description of the moments, hours and days following Haiti's terrible 7. 3 magnitude earthquake in 2010, is nothing short of remarkable.
-Nightlife. ca

Laferriere has written not only a valuable book but also a necessary one, a slim but potent volume reminding us that the people of Haiti deserve far better than the cards handed to them by fate . .. In a just world, this book will excite renewed passion for helping Haiti and also a large audience for Laferriere himself, a talented writer who deserves a wide readership.
-National Post

A compelling firsthand account with cleverly crafted imagery and skilfully interwoven narrative strands about a country shook to its bare bones, fighting to defeat the shadow of death . .. Just as T. S. Eliot's The Waste Land is made up of seemingly disjointed images that work together to create a whole, so too is Laferriere's memoir. It is this 'heap of broken images' - to borrow Eliot's words - that are held together by the strongest thread of all: culture.
-ARC magazine

The general tone of Laferriere's on-the-spot memoir - calm, dispassionate, told in measured sentences - may surprise some. His impressionistic account, arranged anthology-style under headings like "The First Bodies," "A Man in Mourning " and "The Desire to Help," is confined at any given moment to what one person could see and perceive in that moment. But what might at first seem a limitation turns out to be a perfectly apt strategy: the enormity of what has happened is pieced together only gradually, subject to the same shocks and roadblocks affecting anyone else on the ground at that time . .. If it's not absurd to say it, we're lucky Laferriere was there.
-Vancouver Sun

Keen observation, incisive analysis and passionate engagement mark this author's account of the 2010 earthquake that devastated his native Haiti . .. Through vignettes that range from a paragraph to a couple of pages, novelist Laferriere delivers a knockout punch through prose favoring matter-of-fact understatement over sentimental histrionics.
-Kirkus Reviews (STARRED REVIEW)

Laferriere's style is thoughtful and understated . .. In the end, this small, hushed book-in many ways very different from anything he's written before-is Laferriere's response to both the earthquake and his nephew's prompting. It is, then, something of a book of writerly advice after all-on how to process reality, how to reassemble in words and portraits a land of the living and dead. Reading this book three years after the quake, amid Haiti's faltering reconstruction, Laferriere's vision of a potentially reborn country may seem innocent and illusory. And yet it is hard to resist his faith in Haiti's resilient cultural life-its writers, musicians, healers, and artists who've historically expressed Haitians' mix of joy and pain. He finds inspiration especially in the so-called "naive" landscape painters whose work sought "to show nature in its splendor when all around there is desolation. " Laferriere's book can itself be seen as an example of this, a ringing affirmation of his conclusion that "culture is the only thing that can stand up to the earthquake.
-Words Without Borders

The World is Moving Around Me is unpretentious, starkly honest and good-humoured. Laferriere, best known in English translation for How to Make Love to a Negro Without Getting Tired, and a prize-winning novelist in the francophone literary world, is a masterful writer and his memoir, told in a clear and simple voice beautifully rendered by translator David Homel, is true to his vision of the essential role of culture, "the only thing that can stand up to the earthquake . .. intellectual culture [and] what structures a nation. If we don't want to turn into a victim nation, we have to keep moving. We'll cry later when things are better. "
-The Globe and Mail

Laferriere is adept at writing the tragedy in real time, exploring the way his countrymen weathered such tragedy with grace, and how international media held on too tight to the desolation, catching little to nothing of the spirit of the people . .. Laferriere gives life and breadth to the tragedy the way few others could, given his knowledge of his homeland, providing an account that should be required reading.
-rob mclennan's blog

Other Books By Dany Laferriere or David Homel 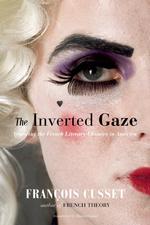