First Person Queer, an anthology of non-fiction essays written in the first person by a variety of gay and lesbian authors, was a snapshot of LGBT life and experience in the modern age. Published in 2007, it received wide acclaim, and won the Lambda Literary Award for Anthologies and the Independent Publisher Award (Gold) for Gay & Lesbian Books.

Second Person Queer is an unusual companion book: an anthology of essays on LGBT life written in the second person. They take the form of letters to family and friends, missives to homophobes, confessions to lovers, tributes to notables of the past such as Jean Genet and David Wojnarowicz, and words of advice for the next generation. They deal with subjects as large and looming as violence, coming out, gay marriage, and AIDS to those as intimate and engaging as How to Love Your Inner Femme, How to Survive Gay Celebrity, and How to Not Be Offended By Everything: A Guide for Asian Men. Powerful, funny, poignant: these are the stories of who you are as a LGBT person, or the person you would most like to be.

These diverse essays are shocking and hilarious, and always relevant.
-Fugues (Montreal)

Short, passionate polemic texts are shot through with complex theories and ideas, predominately from an anti-assimilationist point of view.
-Gay Times (UK)

What is surprising is how intimate the whole project turned out to be. Look for pieces by AmberDawn, Paul Bellini, Daniel Allen Cox, Stacey May Fowles and RM Vaughan among the highlights.
-Capital Xtra!

A few of the essays moved me so powerfully with the intensity of their voices that I felt struck to the core and it's made me read them over and over. ... This collection certainly achieved its goal in helping me to define and redefine myself. Perhaps Sean Michael Law puts it best in his letter 'To My Thirteen-Year-Old Daughter Who Just Told Me She's Bi,' "being queer isn't about being just one thing. It's about understanding the harmony of all things, the necessity of difference and the careful ways that human lives integrate with one another. " Importantly, this is when all the profiling and queer labels break down and you understand finally that you are and always have been an individual.
-Chroma (chromajournal. blogspot. com)

This un-put-down-able anthology of non-fiction essays about gay life is written by a who's who of gay writers, including the great Michael Rowe, Sky Gilbert, Daniel Allen Cox, Mattilda Bernstein Sycamore, and fab author R. M. Vaughan.
-Hour

Other Books By Richard Labonté or Lawrence Schimel

The Future is Queer 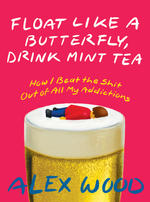 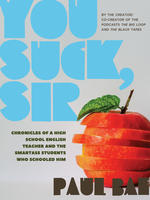