A Cultural History of Facial Hair

As seen in Time Magazine, Esquire, and The New Yorker!

Every man has the capacity to grow facial hair, but the decision to do so has always come with layers of meaning. Facial hair has traditionally marked a passage into manhood, but its various manifestations have been determined by class, religious belief, historical precedent, and occupational status. Beards have at one time or another come to represent wisdom, goodness, sorcery, diabolism, psychological depth, and revolution; they have been purchased, elaborately trimmed, adorned, and dyed, and deracinated as a form of torture. To this day, the act of displaying facial hair is still regarded as a form of ultimate cool.
With wit and insight, One Thousand Beards explores the historical meaning of beards, moustaches, sideburns, and other forms of facial hair, from Freud's psychoanalytic interpretation, to a wild trip through history, to a rogue's gallery of famous bearded or moustached men, including Abraham Lincoln, Joseph Stalin, Backstreet Boy A. J. McLean, and Yosemite Sam.

Now in its third printing

[This] is an entertaining book for those who boast facial hair and those who don't.

Jam-packed with beard-related sidebar quotations and facts and figures, One Thousand Beards is a trivia-lover's delight, and an essential reference for anyone giving a barber-college valedictory address.

Full of fascinating detail, the book has an accessible tone suited to its subject.
-The Globe & Mail

This is the kind of information that can only make life happier, funnier, and a little bit more full. It not only freshly stocked my cache of trivia, but it opened my mind to the wealth of stories I can find in all of the places I would have never thought to look.
-Worn Fashion Journal (www. wornjournal. com)

An entertaining and informative combination of a history, a documentary, an appreciation and a catalog.

While Peterkin has fun with witty quips from poets, playrights, philosophers, and theologians through the centuries, he is also quite serious and instructive. . .

Touching on both the history and the psychological interpretations of this seemingly minor cultural cue, Peterkin analyzes the ever-changing shaving practices of celebrities, criminals, and carnival performers.

Other Books By Allan Peterkin 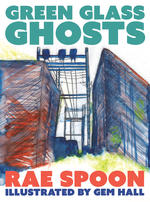 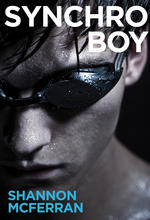 The Only Thing I Have

Archive For Our Times

Time of the Kingfishers