By Arsenal Pulp Date: May 07, 2021 Tags: Awards, Jillian Christmas, The Gospel of Breaking

Congratulations to Jillian Christmas, author of The Gospel of Breaking, who has been named the 2021 winner of the Sheri-D Wilson Golden Beret Award from the League of Canadian Poets, announced on May 6!

The $2,000 award honours an established Canadian poet with a history of achievement and performance in spoken word.

The award jurors had this to say about Jillian:"Jillian Christmas was named Poet of Honour at the 2016 Canadian Festival of Spoken Word and that was a sure sign of things to come. Christmas is known for their spoken word performances at Van Slam, Women of the World Slam and literary arts festivals across Canada. Their six-year run as director of the Verses Festival of Words also makes them a national treasure in my view. It is this dedication to craft, to creating spaces for other artists as well as to arts education in schools that makes Christmas such a gift to us all."

Earlier this year, The Gospel of Breaking was shortlisted for two League of Canadian Poets Awards: the Gerald Lampert Memorial Award and the Pat Lowther Memorial Award.

For more about this year's award winners, click here. 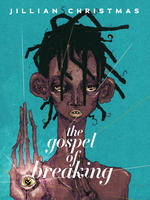 The Gospel of Breaking 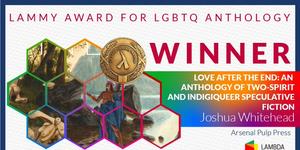