Butter Honey Pig Bread on Best of the Year lists

Butter Honey Pig Bread, Francesca Ekwuyasi's beautiful debut novel that was longlisted for the 2020 Scotiabank Giller Prize, has landed on a number of best-of-the-year lists.

Quill and Quire has named it as an editors' pick for the best books of 2020, reporting: "It is a rare pleasure when a debut novel appears with such a fully realized, confident voice as Francesca Ekwuyasi’s Butter Honey Pig Bread."

The book also landed on CBC Books' list of the best Canadian fiction titles of 2020.

In the Globe and Mail, it found a place on the "Globe 100," its annual list of the 100 best books of the year: "In this remarkably assured debut, three women search to reconnect after an event tore them apart. It’s sexy, too, and it’ll make you hungry with all its talk of food."

It also made a second list in the Globe and Mail - Jade Colbert's list of the four best book debuts of 2020: "This novel is so sure-footed and fully formed, it’s hard to believe it’s a debut."

Finally, in the US, Butter Honey Pig Bread landed on Autostraddle's list of the best queer books of the year: "Themes of homecoming, trauma, sisterhood, queerness, food, and more emerge in Ekwuyasi’s gorgeous prose." 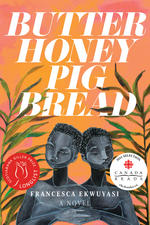 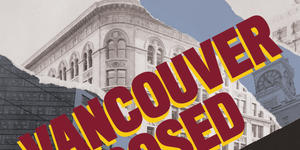 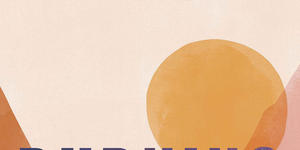 LISTEN: Cicely Belle Blain talks about Burning Sugar on CBC's The Next Chapter