Since the mid-1980s, the once marginal city of Vancouver has developed within a globalized economy and become an internationally recognized centre for contemporary visual art. Vancouver's status is due not only to a thriving worldwide cultural community that has turned to examine the so-called periphery, but to the city's growth, its artists, expanding institutions, and a strong history of introspection and critical assessment. As a result, Vancouver art is visible and often understood as distinct and definable.

This anthology intends to complicate the notion of definability. It offers nine essays to address the organized systems that have affected contemporary art in Vancouver over the last two decades. The essays in Vancouver Art & Economies collectively remark, both compatibly and contradictorily, on the economies at work in Vancouver art--its historical, critical, and political engagement; its sites of cultural production; and its theoretical and practical intersection with technology or policy. Considering a selection of conditions, focuses, and resources within the community, Vancouver Art & Economies marks shifting ideologies and perspectives on art, politics, society, and capital in Vancouver.

This anthology acts as a succinct state-of-the-union address, with the right amounts of analysis, history, and proof of the local art world's acute awareness of its place. -Vancouver Review

One of the reasons Vancouver is so prominent is because of books like Vancouver Art & Economies. Vancouver's hunger to know its own history and to talk about its art means that the scene is always enlivened by discussion, research, and argument. -Scott Watson, Vancouver Sun

This anthology explores the development of contemporary art in Vancouver, covering its roots in the landscape tradition and the rise of the Vancouver School as well as the impact of cinematic and post-medium practices. ... A key discussion is found in Sharla Sava's essay, which explores the problematics of the term "photoconceptualism. " -Canadian Art

Particularly timely, the book tears into the notion of the city's cultural definability, and examines the historical, critical and political elements that have come together to form vancouver's artistic identity. -Galleries West 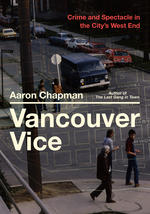 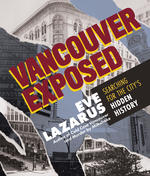 Ragas From the Periphery