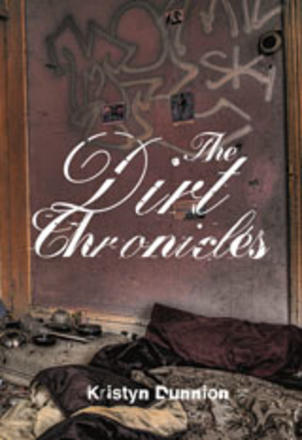 A tattooed young man regains consciousness in the Don Jail, charged with his friend's murder. An anti-social office clerk falls for a handsome bike courier and abandons his former life. An Ojibwe teen hunts for her kidnapped girlfriend in an illegal sex trade ring and seeks revenge. This is the intense reality of The Dirt Chronicles, Kristyn Dunnion's stunning debut story collection. In these linked tales, urban outlaws in Toronto map out their plans to take over the world while living collectively in an abandoned chair factory, destined for demolition according to a real estate gentrification plan. Their community is infiltrated by the King, a dirty cop bent on obliterating the city's defiant underclass and exterminating the group's rogue members; in order to survive, they may have to betray what they value most: autonomy, friendship, and newly discovered concepts of freedom.

Audacious and loud, The Dirt Chronicles is a thrashing three-chord rejection of mainstream culture and the powers-that-be, and a combustible homage to class rebellion.

There's pushing and shoving and the sticks come out: bodies jerk and twitch. Feet shoot out from underneath; they kick and slide to the killer music . .. I see Digit's back, he's still eating the rest of that cake in the corner. He's licking icing off that butcher knife, and men are yelling at him. He turns, slowly, knife raised, and there's a loud pop. A sound that cracks over top of the music and Digit's head snaps backwards; there's a dark spot spreading across his chest. The knife goes flying and his body lands by the sink. He convulses, red spurts streak the walls and broken window behind him. Kids scream. A girl beside me vomits. There's that pig we hate. The King is standing over there, gun still raised, the smell of it burning my nostrils. The King turns and stares at me. He sees me see.

Kristyn Dunnion creates a voice that is more of a howl: loud, assured, unapologetically intense, and utterly her own. -Quill and Quire

The Dirt Chronicles is tough and tenderhearted, a beautifully-written literary ode to outlaw culture. Kristyn Dunnion's writing is fierce and funny, a truly original book of stories I hope everyone will read. -Zoe Whittall, author of Holding Still For As Long As Possible

Known for her visceral, no-holds-barred young adult and speculative fiction, Dunnion's first literary fiction book for adults is just as fierce and fascinating. These fast-moving linked stories take us deep into the lives of urban outlaws and lovable misfits. -Fashion Magazine

A stand-out collection . .. Dunnion envisions an underbelly in which love and friendship, while often fleeting, seem to be the only sources of nurturing in an otherwise inhospitable world.
-National Post

The Dirt Chronicles is a delicate alloy of Burroughs and Gallant, walking an uncompromising line where the homeless, the junkies, the punks, and the dispossessed are one . .. A visceral and violent book that could have set out to shock is instead touching. -This Magazine

Other Books By Kristyn Dunnion 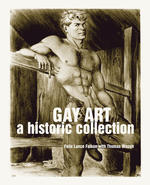