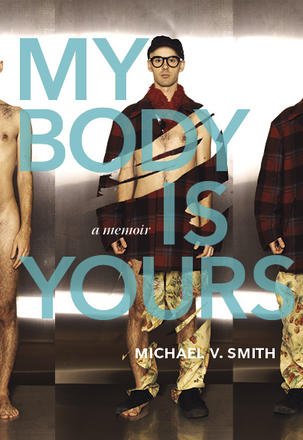 A memoir about fathers and sons, breaking out of gender norms, and reconciling with a dangerous childhood.

Michael V. Smith is a multihyphenate force of nature: a novelist, poet, improv comic, filmmaker, drag queen, performance artist, and occasional clown. In this, his first work of nonfiction, Michael traces his early years as an inadequate male--a fey kid growing up in a small town amid a blue-collar family; a sissy; an insecure teenager desperate to disappear; and an obsessive writer-performer, drawn to compulsions of alcohol, sex, reading, spending, work, and art as a means to cope and heal.

As an artist whose work focuses on our preconceived notions about the body, Michael questions the very notion of what it means to be human. He also asks: How can we know what a man is? How might understanding gender as metaphor be a tool for a deeper understanding of identity? In coming to terms with his past "failures" at masculinity, and with an aging father he is only beginning to come to know, Michael offers a new way of thinking about breaking out of gender norms, and reconciling with a dangerous childhood.

Michael V. Smith has crafted a dazzling memoir that manages to be eloquently insightful, deliciously graphic, and deeply compassionate. -David Weissman, filmmaker, The Cockettes and We Were Here

Smith's memoir is unflinching, a sobering document about family, manhood, love, striving and failing, and the lengthy quest toward self-discovery that began with a young man with a 'coat-rack figure' who was 'a poor excuse for a man by the measure of masculinity' in his unwelcoming Ontario hometown. -Daily Xtra

A highly engaging and personal peek inside the life of a gay man who is punished for and later reconciles his transgressions around gender norms. Most telling is how his sexual compulsions -- Grindr, sex in parks, tender threesomes, sad blow jobs -- helped him escape personal trauma and later address deep loss and his complicated relationship with his father. -The Advocate

The writing here is intimate, complicated and soulful. There is a lineage of gay men who write about sex without divorcing it from the broad context of their lives. Michael V. Smith is part of that lineage. This book is what you say to a hookup on a vacation in another town, when you aren't afraid because you'll never see them again. Smith makes vulnerability look easy. It takes most people three beers to get this honest. He's got poetry in him. -Kirk Read, author of How I Learned to Snap

What does it mean to be a man? How does the experience of intimacy between men -- the terror and rawness of emotional and physical vulnerability, and the possibility of shared tenderness -- figure into our understandings of masculinity at this particular moment in time? These are questions at the heart of Michael V. Smith's fabulous, fantastic, and heartbreaking new memoir. -Currently Living (Trevor Corkum)

What tore me gloriously apart reading Smith's fabulous memoir is his unfailing generosity: a willingness to wrestle honestly, like all true artists, with the hardest, darkest parts of his own psyche. By casting a bright light on the shame, exhilaration, and patterns of aversion and desire that have shaped his own life -- employing a healthy dash of sass in the process -- he celebrates the imperfections that unite us as human beings in a manner that is humbling and deeply profound. -Plenitude Magazine

Michael V. Smith has written a searching, scalding memoir for our moment, bringing equal sass and introspection to the topics of barebacking and grieving, addiction and genderfuck. As he whisks us through the spotlights and shadows of Vancouver's parks and trans clubs, seatbelts unfastened and wigs askew, Smith proves to be a brave, erudite and profoundly touching guide -- pilot in one chapter, flight attendant in the next. -John Greyson, director of Lilies and Zero Patience

To read Michael V. Smith's My Body Is Yours is to accompany him on an intimate journey in which he struggles to create his own definition of manhood . .. Regardless of their gender, sexual orientation, religion, socioeconomic background, or any other superficial definition, readers will appreciate Smith's forthright presentation of his most intimate history, revelations that avoid sounding confessional but instead read as honest recollections and observations. -Foreword Magazine

Smith succeeds in creating a broader understanding of manhood as having a 'cultural space to be soft and lovely, to be fearful and candid. Bravado is a costume that restricts the heart. ' No one can accuse Smith of a restricted heart. -Bay Area Reporter

A fresh and moving set of variations on the themes of memory, family, gender, addiction and masculinity . .. [Smith's] his deft story telling and lovely prose combine to make the pages of My Body is Yours lively, engaging and heartfelt. -Vancouver Sun

A rare and intimate confession . .. This book is about exposure, throwing light in the dark places. -Quill and Quire

The first work of non-fiction by the author of Cumberland is about gender power and gender failure, and finding power in your failures . .. An affecting work of self-analysis that also captures the writer's struggle in the process. -The Globe and Mail

My Body Is Yours is frenetic with experience -- the joy and compulsion, purity and loneliness of cruising for sex; the rawness of public vulnerability in performance and writing; the anguish and innocence of searching for a way to inhabit your body when the world tells you it cannot be yours. Michael V. Smith flames and flails, he instigates and interrogates, revealing gender as a 'conscious, live response' instead of a societally prescribed formula for shutting off. From choreographing group sex to commanding the stage in drag to helping his father to live (and die), Michael V. Smith shows us the full range of the open heart.
-Mattilda Bernstein Sycamore, author of The End of San Francisco 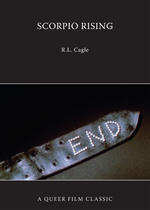 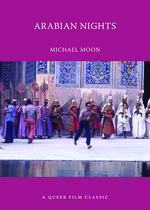 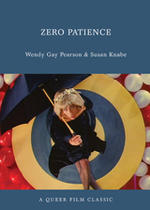 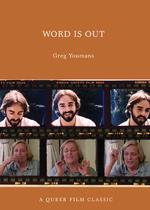 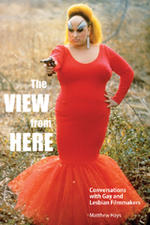 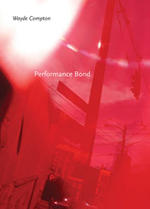 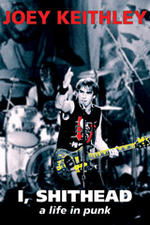