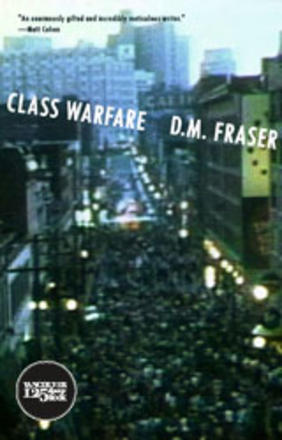 D. M. Fraser, one of Canada's best unknown writers, was born in Stellarton, Nova Scotia, the son of a Presbyterian minister and an English teacher. He moved on his own to the west coast at the age of twenty and become part of Vancouver's nascent literary community, specifically the motley beer-and-anarchy collection of writers, poets, and misfits associated with Pulp Press (established forty years ago in 1971). Class Warfare is Fraser's first book, published in 1974 (with a second edition published in 1976), the result of his friendship with Pulp founder Stephen Osborne (currently the editor-in-chief of Geist magazine), who met while both were students at the University of British Columbia. It is an extraordinary collection of stories rooted in the politics and culture of 1970s Vancouver; a gloriously written call to arms addressed to the disenfranchised about the possibilities of "the sweetness of life. "

We would have slept forever, if it had been possible; but it was not possible. The noise of gunfire woke us. The siren in the street, the crack of truncheon on skull, the groaning of muscle and crashing of blood, in all the unrewarded labours of the world, woke us. The shouts of the dying penetrated into that sleep, dragged us half-blind and staggering out of the lovely dreams, the sheltered nests we thought were ours by right, into this wakefulness, this cold and unforgiving daylight. There was no other choice.

In a way, the scenes in these stories are all comedic, and gravely serious: they occupy the space between irony and absurdity. Fraser had a beautiful style, which can be seen in these graceful, sonorous sentences. One hopes that this new edition of Class Warfare will inspire a new generation of Canadian writers to follow in his footsteps.
-Geist

D. M. Fraser's manipulation of language shows all the deftness of a skilled surgeon. His technical brilliance is charged here and there with a frisson of misanthropic humour that delights and unsettles.
-The Globe and Mail

At once cerebral and sensual, D. M. Fraser's stories are narrated by a variety of voices that are all, without exception, strong, articulate, and highly original, informed by the author's sharp sense of irony, his political sensibility, and his irreverent sense of humour.
-Books in Canada

Straight to the Head 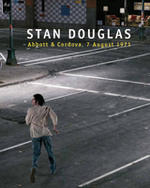