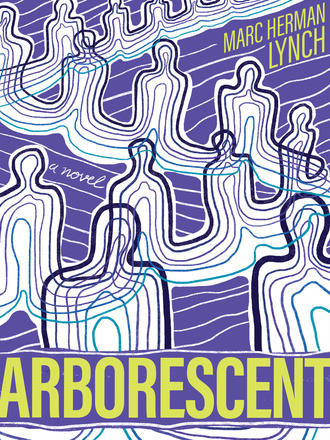 Ghosts, doppelgangers, and a man who turns into a tree: a startling fiction debut that strives to articulate the Asian immigrant body.

In the beltline of a run-of-the-mill Canadian metropolis, an apartment complex called Cambrian Court has become the focal point of an outlandish unfurling, where even the laws of physics are becoming questioned. Embroiled within this psychic plot are three neighbours - Nohlan Buckles, Hachiko Yoshimoto, and Zadie Chan - complete strangers whose ordinary lives have become rife with bizarre antagonists: an ogrish landlord, a fanatical romantic, a psychic horticulturalist. The further they are drawn into this otherworld the more reality becomes suspect: Nohlan is convinced he's turning into a tree; Hachiko's staging of a kabuki comes to life; and Zadie unwittingly begins to produce doppelgangers. Distant at first, they come to realize just how dependent and intertwined their lives are.

In Marc Herman Lynch's debut novel, some people explode, and others come back to life, but at the heart of it all are the fleeting yet indelible connections we make with one another. Darkly funny, lyrically charged, and gothically absurd, Arborescent is a raw and brilliantly imagined depiction of our disconnected contemporary world.

A lyrical, psychedelic exploration of our connection to our cities, ourselves, and to nature. A man becomes a tree, a girl becomes a ghost, and a world traumatized by climate chaos undergoes pained transformation. Marc Herman Lynch might be Canada's Murakami, and his debut is vibrant, timely, and wildly imaginative. -Deborah Willis, author of The Dark and Other Love Stories

Beautifully bizarre, bleakly hilarious, and a teensy bit frightening, this is a truly original novel about the Asian immigrant experience. Lynch is a natural storyteller, spinning otherworldly prose into a creepily delicious tapestry, merging threads of the unexpected with strange and astonishing elements of fairy tale and mythology. Arborescent is at once unsettling, immersive, and dream-like. A unique and marvelous debut. -Lindsay Wong, author of The Woo-Woo: How I Survived Drug Raids, Demons, and My Crazy Chinese Family

Marc Herman Lynch's debut pulsates with fecund magic, the Western Canadian landscape creeping and growing into the bodies of its human settlers, exploding them, taking root in them, masking and multiplying them. Lynch is a writer to watch, one whose kaleidoscopic lens brings the hidden into view, exposing once-familiar places as strange, seething with life, death, and everything in between. -Naomi K. Lewis, author of Tiny Lights for Travellers

Marc Herman Lynch has given us a novel that is both socially daring and full of wonders. At times hilarious, at others macabre, Arborescent successfully knits together Asian and Western traditions of the fantastic to give us a work of startling originality and strangeness. Lynch has got a great eye for unusual detail, and a finely tuned sense of who his characters are. Magic is afoot in Moh'kins'tsis. A writer after my own heart. -Larissa Lai, author of The Tiger Flu

Arborescent sparkles from the very first page with brilliant, funny, and provocative prose, showing not only Marc Herman Lynch's luminous skill with fiction as a genre but an artistry with language that raises this work into the echelons of fine poetry. Lynch has written one of those rare novels where as a reader you'll miss the book when you finally reach the ending - the world he has written here is so layered and vivid, the characters and their relationships and tribulations so entrancing, you won't want to leave. This is a lovely and powerful book. -Suzette Mayr, author of Dr. Edith Vane and the Hares of Crawley Hall

With dark humour and rich language, Lynch explores the sullen, twisted worlds that can exist in one's mind. Arborescent will leave you questioning reality: enter at your own risk. -Maisonneuve

A magical romp through a strangely familiar world . .. Both thoughtful and challenging, Arborescent is a vital novel from a fresh new voice in Canadian literature. -Prairie Fire

Marc Herman Lynch's debut novel is an intricately woven intertext that epically reimagines Yotsuya Kaidan in the prairie lands of Treaty 7. Find three characters, Nohlan Buckles, Hachiko Yoshimoto, and Zadie Chan, whose stories braid together in their shared setting of Cambrian Court. Each experiences disembodiment - albeit in the form of a vengeful yurei, the tree of life, or a tattooed mise en abyme - in such a way that Lynch asks us to ponder why the word 'body' is such a necessary odyssey. I am reminded of Toni Morrison's Beloved in the way Lynch animates a home, of Marian Engel's Bear through his spindling webbing of genre, and of Tracey Lindberg's Birdie in his ability to capture the limitations of the human vessel. Lynch has a philosophical ear for language and an overwhelming love for the 'lush smell of nouns' as he interrogates magnitude, size, and scale: here, even a fish's bladder becomes a lens from which to see the world queerly anew. A gorgeous debut, Arborescent, and its ponderings of annihilation, astrology, embodiment, and the Anthropocene, is fated to enter the literary scene ablaze.
-Joshua Whitehead, author of Jonny Appleseed 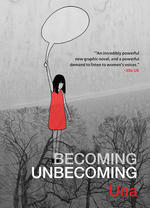